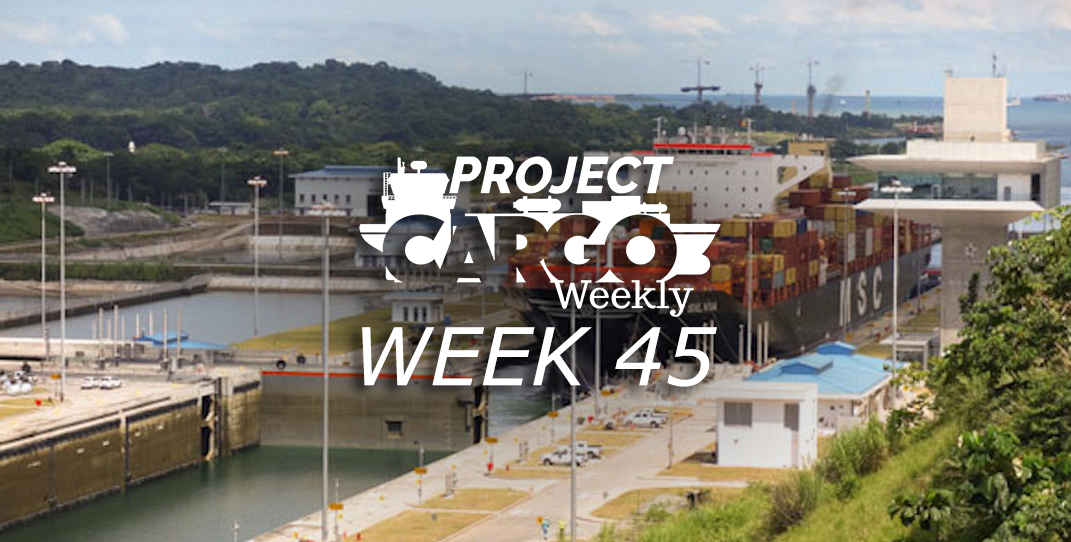 In this week’s issue of Project Cargo Weekly we are proud to present a Q&A with CMA CGM who are known for moving project cargo by containership and who recently acquired American President Lines (APL).

Speaking of presidents, we are all now aware who America will have as it’s new president.  Without being political I think a fair question to ask is; Do our journalists in the western media have a clue what is going on in the minds of the people? They seem to have gotten it wrong both with regards to Brexit and now with the American election. Perhaps they are due for a re-evaluation of their methodology.

Keeping the focus on business in this issue we also have:
-An interview with a new and used container supplier. Containers can be used, bought, sold, and modified. The business is a global trade that is easy to overlook. In many situations it may be prudent to buy containers instead of using the shipping line’s, especially because it is quite easy to re-sell the containers.
-Finally we provide you as usual with a solid range of sector news that will give you some ideas on what’s cooking around the world.
-This week’s featured video and photo give a comparison between the old and the new Panama Canal Locks.

Wishing you well and until next week, I remain,

When did CMA CGM start to accept breakbulk cargo by container vessel?

CMA CGM started to load breakbulk & OOG shipments on container ships about 30 years ago. CMA CGM has vast experience from successfully handling thousands of shipments on all continents thanks to our wide network of over 200 maritime lines calling 420 ports around the world.

Why would we buy or lease containers and not use the ship-owner’s containers?

You buy or lease to save on detention, save on transport and to serve your customer when shipping lines fail to serve you…

With initial annual capacity of 10,000 metric tons. This new facility is expected to become operational in the third quarter of 2017. Read more…

Volvo also said it will shift some production of its upscale sedan line from Europe to one of its existing factories in northeast China, from where they’ll be exported globally. Read more…

The government is planning to start construction of the 538 route-km East Coast Rail Link next year once agreements for funding have been agreed with China. Read more…

Weir Oil & Gas Dubai has made an agreement with Kuwait Oil Company (KOC) through its representative in Kuwait, Khuff Trading and Contracting, for the purchase of 295 Seaboard wellheads, representing approximately $12 million. Read more…

For this engineering, procurement and construction contract, Amec Foster Wheeler will provide the design, supply, construction and commissioning of modifications and equipment to the existing 100 MWe CFB boiler. Read more…

The company will supply G114-2.0 MW and G114-2.1 MW wind turbines for a wind farm located in the central United States. Read more…

The old Panama Canal Locks are still being used, this week’s video shows two ships passing through the locks in the same direction but in different channels. On the left is a 5,500 TEU Maersk Line vessel, while the video is shot onboard a 2,200 TEU Hamburg Süd vessel.

In this photo a giant containership with 10,000 TEU capacity is passing through the new locks at Agua Clara from the Atlantic Ocean heading towards the Pacific Ocean.  If you compare this week’s featured video and featured photo it is evident that there is a huge difference in the size of vessels. Indeed an engineering feat to behold.