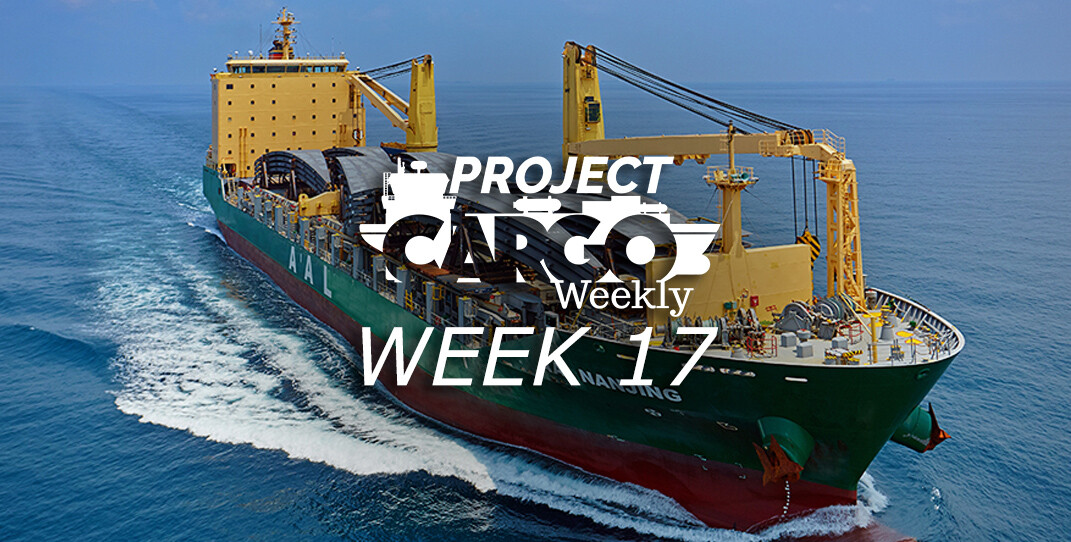 I attended Breakbulk Europe in Antwerp this week, it appeared to be a successful event although fewer actual customers (shippers) seemed to be there. Next week’s newsletter will include a short report on my meetings at Breakbulk Europe.

For now, it is enough to say that Belgian’s excellent beer, wine and food never disappoint. Rumor has it that the best french food is found in Belgium, although the French disagree. It is close to a year after the terrorist attack on Brussels Airport, which may account for the guards in the departure hall armed with assault rifles.

In this week’s issue:
An interview with a port operator in Antwerp — Zuidnatie (Breakbulk) NV
We speak with G2 Ocean — a combination of two reputable Norwegian shipowners who have joined forces to create a sizable global force in bulk and project cargo shipping.

Enjoy and, until next week, I remain,

Which other ports do you compete with for business and what sets Zuidnatie apart?

Most of the ports in the Hamburg and Le Havre range are considered our competition. A big advantage of our terminal is our infrastructure and experienced dock workers who are envied across Europe for their expertise in handling general cargo.

How do you view the market at the moment?

It is a tough market, many carriers are fighting for cargo while experiencing low or negative returns. But prospects are turning a little more positive now. We are expecting some volatility in 2017, and a better 2018-2019.

Orpic will celebrate the ground breaking of its Liwa Plastics Industries Complex (LPIC) project engineering, procurement and construction (EPC) third phase on 27 April 2017, which will take place in the Wilayate of Ibri, Fahud, Oman. Read more…

China’s group Dongfang Electric Corporation will supply seven hybrid power plants fueled by diesel and/or solar energy to Angola, under a contract worth US$241.9 million authorized by an order from the Angolan President. Read more…

The contracts were awarded to China’s Zhongmei Engineering Group by WAPDA following an international call for bids. The contracts, worth about US$18.56 million combined, include the resettlement of Barseen, Kaigah, Khoshe, Logro, Nasirabad and Uchar.. Read more…

SEA-Invest, one of the world’s largest terminal operators with expertise spanning a multitude of port related activities in 25 ports over two continents, have placed an order for an Eco Hopper from SAMSON Materials Handling, UK, destined for operation in the Ivory Coast. Read more…

Editor’s Note:
First day of the Breakbulk Expo in Antwerp, the biggest gathering of project cargo shipping people in the world. Project Cargo Weekly was present to meet and network. Next week’s PCW newsletter will include a full visit report.

Editor’s Note:
At Breakbulk expo in Antwerp. A Norwegian shipowner doing what it can to attract visitors, beautiful lady, excellent aquavit and something to nibble on too. Excellent.