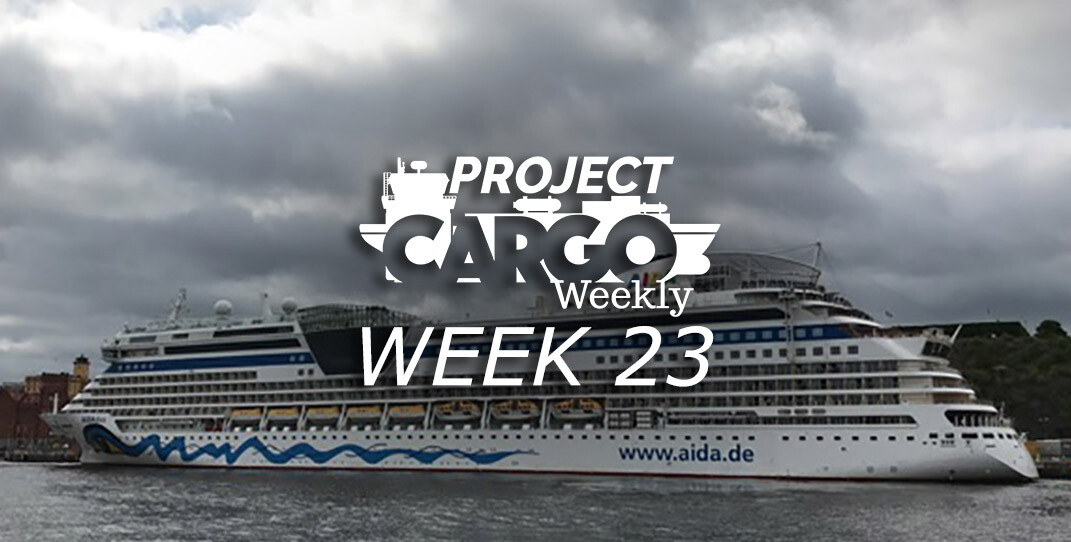 In this edition: Uni-Freight Logistics Co.,Ltd. – Taipei, Taiwan R.O.C. | Transportation To / From The Maldives and Sri Lanka – FPS (Pvt) Ltd >>>

It is Thursday again and time for our newsletter. We have seen some dramatic developments this week which will impact shipping. The current diplomatic crisis between a bunch of mainly Arab countries and Qatar. Meaning that ports in Saudi Arabia, United Arab Emirates and other GCC countries will be closed for Qatari flagged ships and vice versa. Diplomats are being expelled and no fly zones are enforced. It remains to be seen what will happen to UASC, which is partly owned by Qatar, U.A.E, etc.

We have three weekly issues remaining before taking a summer break during the month of July. Kindly note the next three issue dates: 15/6, 22/6 and 29/6. In August we will return to the weekly schedule.

In today’s newsletter we have:

– An interview with a project freight forwarder based in Taiwan, an island that is seldom in the news but has an important relationship with China.
– We speak with a project freight forwarder based in another, albeit  bigger, island called Sri Lanka, formerly known as Ceylon.
– We also have some shipping news for you, including the latest on the farce taking place in Gothenburg. The biggest container port of Scandinavia, where a labour dispute has gone on for almost a year, disrupting traffic and causing huge extra costs for shipowners, cargo owners and society as a whole
– Shipment, video, photo and quote of the week followed by legal news

Wishing you a good read and until next week, I remain,

Taiwan has a special location and relationship to both China and Hong Kong. Tell us about the current business climate between Taiwan and P.R. China.

Nowadays, there are 2.5 million (an unofficial record) Taiwanese people living and working in China. There are also countless Taiwanese enterprises, factories and companies there. It goes without saying that China and Taiwan are closely linked and inseparable. Politics is another matter.

Transportation To / From The Maldives and Sri Lanka – FPS (Pvt) Ltd

How is the political relationship between Sri Lanka & the Maldives?

The government and people of Sri Lanka have continued to maintain excellent relationships in all areas where many Sri Lankan companies have established resorts and other businesses in the Maldives. Sri Lanka and Maldives are also members of the SAARC group of nations with bi-lateral trade agreements between the two Countries.

Sammy Blom, national products director ocean freight & intermodal services at Geodis Wilson, which controls around 12% of Swedish ocean container movements, said: “Describing the general situation for anyone relying on container transports to and from Sweden as a meltdown is an understatement.”

Responding to blockades by a dockers’ union seeking collective bargaining rights, APM Terminals Gothenburg first imposed partial lockouts mid-May, and they are now set to last until the end of June. Read more…

Horn of Africa: Ports in Puntland & Somaliland to compete

Investment of $336m has been mooted, which would include the construction of a 450m quay, an unspecified number of berths, container storage capacity and container handling equipment. In common with other similar projects on the continent, the state will retain ownership of the port but it will be operated under a 30 year concession. Read more…

A new ferry between isolated North Korea and Russia docked for the first time at the Pacific port of Vladivostok on Thursday, inspite of US calls for countries to curtail relations with Pyongyang over its nuclear and missile programmes. Read more…

COSCO Are a Carrier to speak to At Port of Hamburg

Here is one of several photos that were released by the port of Hamburg evidencing a COSCO vessel being loaded with heavylift cargo. Read more…

Vestas has received a firm and unconditional order from the only aluminium smelter in Argentina, Aluar Aluminio Argentino S.A.I.C., to supply 14 V126-3.45 delivered in 3.6 MW Power Optimised Mode for the 50 MW El Llano wind park in Chubut. Read more…

Konecranes has won its hitherto biggest order for Konecranes Gottwald Mobile Harbor Cranes in the Asia-Pacific region. In the course of 2017 and at the beginning of 2018, Java-based port operator PT Berlian Jasa Terminal Indonesia (PT BJTI) will add eight more cranes to its existing fleet of eight Konecranes Gottwald machines. Read more…

The five-vehicle unit is one of two prototypes being developed under an agreement with CRCC High-Tech Equipment Corp signed at InnoTrans 2016 in Berlin. The other is a similar unit designated HSG-S, aimed at the main line market; this is currently under construction and due to begin test running later this year. Read more…

Energy services company Cape plc has secured strategic contracts in Australia and the UK, worth a combined estimated value in excess of £150m. Read more….

Yokogawa Electric Korea has secured a contract to provide an analyzer package solution for the petrochemical complex in Oman. Read more…

Balfour Beatty in for US$257 million ‘water world’

Gammon Construction, comprising Balfour Beatty and Asia-based construction and engineering group, Jardine Matheson, will undertake the construction of the main building structure at Ocean Park Water World, as well as the fit-out and installation of various indoor and outdoor attractions. Read more…

Construction work on a $7.9bn project to develop a sprawling coastal Olympics complex and Athens’s former airport will begin in six months, the Greek government has said. Read more…

The boats were a combination of new builds and second-hand boats. Most interestingly five of these boats belonged to private individuals, who spent remarkable time in Turkish waters cruising around the Aegean Sea. One of the owners was taken ill and her sister flew from London to ship the boat, it was an emotional moment for everyone involved as the owner was so happy in southern Turkey.

Another owner met his wife whilst cruising around Northern Cyprus and moved back to the UK leaving his beloved boat in a shipyard in Fethiye. After 2 years the couple decided the boat is simply too precious to leave behind for them, so they decided to ship it back the UK for a refit… All operations were completed successfully and the vessel left Fethiye on time for her journey back to North Europe. In other words, it was a normal day for both Oceanus and P&M.

Cruise season is upon us in Stockholm, Sweden. Just pulling into the harbor is a German owned cruise liner filled to the brim with passengers. The blue sky however doesn’t seem to be arriving on time.