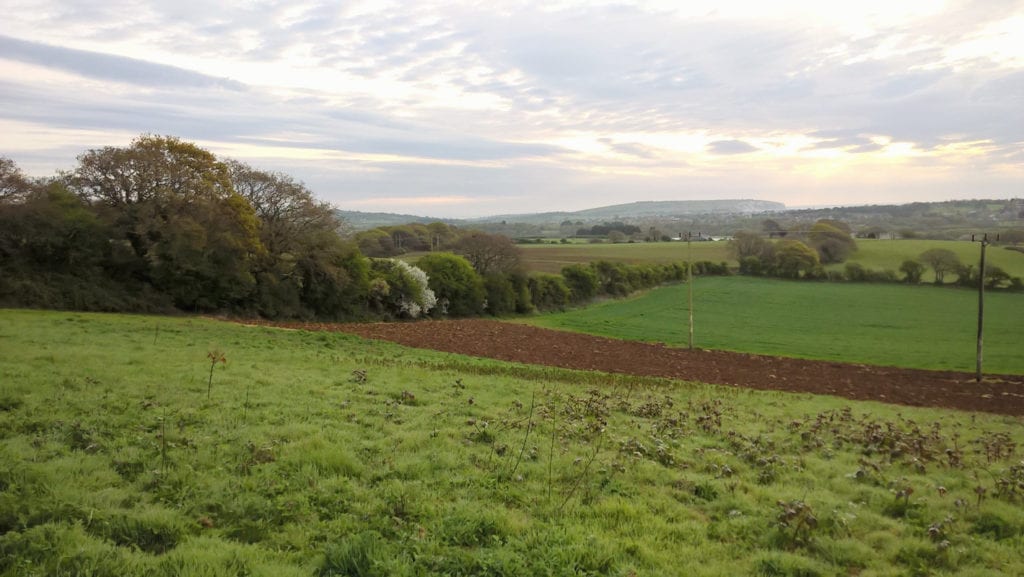 Les, first of all, tell us how old you were when you started out in shipping and, above all, what made you get into shipping in the first place?

I was 22 years old, had just finished my electrical engineering apprenticeship and higher education and was bored with that industry. Being raised around Kings Lynn, Great Yarmouth and Lowestoft, ships had always been an interest and when a job as a boarding clerk for an agency company appeared, it seemed like something I would enjoy.

What was shipping like back then? How could people in the shipping industry survive without the highly connected devices we are so dependent on today?

Everything was much less hectic. Telex was the main form of communication (faxes came later) and you always made sure that you asked all the questions in each message to avoid waiting for answers. One side benefit is that you could make one day turn into four under the right circumstances. You could receive a telex on a Thursday in Saudi Arabia but as Thursday and Friday are holidays there and Saturday and Sunday are the UK weekend, you didn’t need to reply until the Monday, effectively 4 days later. Royal Mail and couriers did roaring trade just moving shipping documents around!

In the UK, finding a telephone box that worked was a major challenge, otherwise everything had to wait until you were back in the office. As agency clerks, we had two-way radios to the office to keep in touch when visiting the vessels in port. On a wet Wednesday in August in Great Yarmouth on a horse racing day it could take 4 hours to move 2 miles – sounds like the M25 motorway today!

Tell us a bit about your career from the beginning. Include the various positions you have held in shipping.

I started working for the P&O Group as a boarding clerk in Great Yarmouth, and in the quiet times started dabbling in short-sea coaster chartering. Staff changes meant we had a vacancy at Norwich Airport and I was temporarily moved to Norwich and there I quickly learnt about importing and exporting by air. In 1974 the miners’ strikes caused us to have restricted power supplies (see the Three-Day Week) and I found myself chartering small aircraft from Europe to Norwich with candles. I was then asked to return to Great Yarmouth as we were given the agency for a daily Ro-Ro service from Esbjerg and I was asked to handle all the import customs formalities. This progressed to include exports and full forwarding services.

The Line then suddenly announced it was closing down. Several of the staff were made redundant, including me. One of my directors then called me and asked if I would like an overseas assignment for 3 to 4 months in Saudi Arabia.

After 3 plus years in Jeddah as forwarding manager I returned to the UK to handle a major oil & energy project in Pembroke where we handled 150 heavy lifts from 75 tonnes up to 348 tonnes over an 18 month period. I was assisted by a master mariner from P & O General cargo who taught me most of what I know today of handling H/L cargoes. At the end of this project I went to Singapore and Indonesia to assist our offices out there.

I was then asked to go to Miami to head up our office there, handling the front end of the cargoes for our Middle East projects. These projects ended and I was asked to return to the UK. We had a resignation in Singapore, so I had 5 days in the UK and shipped my wife and my great dane off to run our Singapore office. We handled general freight and a hydro-cracker project in Indonesia.

In Dec 1983 P & O decided to get out of the project forwarding business and we were all redundant again. I then joined Mitchell Cotts as a project manager becoming office manager until they were sold to Hellmann International, who did not want to be in the project business at that time.

I then found myself at Panalpina as projects manager and then head of oil and energy where I set up the O & E division at Heathrow.

I left to join Lep – nowadays Agility. Things were not good at Lep, so I set up my own company and had three good years before the 1999 slump in global projects.

I semi-retired, joining a UK haulage and warehousing company for 6 years before deciding I missed the “buzz” of project forwarding. I have been back in this sector as project manager or BDM at various organisations since 2006, culminating in the last 4 years at Cory Logistics.

What are the differences in the shipping & freight forwarding industry between the past and the present?

Personally I feel like it used to be a people’s industry, populated by real professionals who knew if you knew your stuff or not. Experience and expertise really mattered.

Today it appears to be run by accountants and university graduates using computers who think they know-it-all and seem only to be interested in the immediate bottom line.

Can you tell us about some of the projects that you have been involved in over the years and what you found most interesting about them?

My first heavy lift project into Pembroke was the most memorable because of it’s size and time scale. Today’s mega projects make it seem small but in those days it was special.

In Saudi we had several projects running at the same time, a hospital in Riyadh, an airport at Jubail, a desalination plant in Yanbu, a chemical facility in Jeddah and 30 schools around the Jeddah and Dammam areas, each project was challenging fun in it’s own right.

One of my most recent projects was at a tungsten mine in the UK, the unique challenges including a strike in South Africa delaying key components made this a very interesting project.

I have an album of lots of interesting movements from 1976 to 2017, mostly photos taken by me, if anyone is interested they can send me an email.

Is there still a market out there for smaller or medium sized companies that focus on providing superior customer service or is it, in your view, only a matter of the bottom line?

I believe that there will be constant change in the forwarding industry. I expect the largest companies to continue to merge and grow. I do believe that unless there is another key change in technology, then for the next 5-10 years there will still be a need for the smaller niche forwarder providing a very personal service to customers. This will need to be backed up by a global capability. This is where the various networks such as CLC Projects Network prove their worth, both in the general freight and the project freight sectors.

Having been at it for 47 years are you now looking forward to leave the business or will you never leave?

I have tried leaving it, but will keep doing it as long as it is enjoyable, interesting and my health allows me to (it also needs to be profitable and not just for me).

I understand that you are living on an island off of the main island of England.

Yes, I am lucky enough to live on the Isle of Wight, just off the mainland, south of Southampton. We have two nicknames for it, “Paradise” and “South Island – UK Mainland being North Island”.

It has it’s moments, you can only come and go by Ferry or Catamaran, but it has a unique 1970s/1980s feel to it. Everything is laid back, but things still get done.

47 years of experience counts for a lot, and a life full of experience can never be taught in school or read in a book – thus should any of our readers wish to get in touch with you and ask for advice would you be available by email?

I would be happy to assist where-ever possible – my experience is of no use trapped in my head, it’s better off benefit others in the industry.