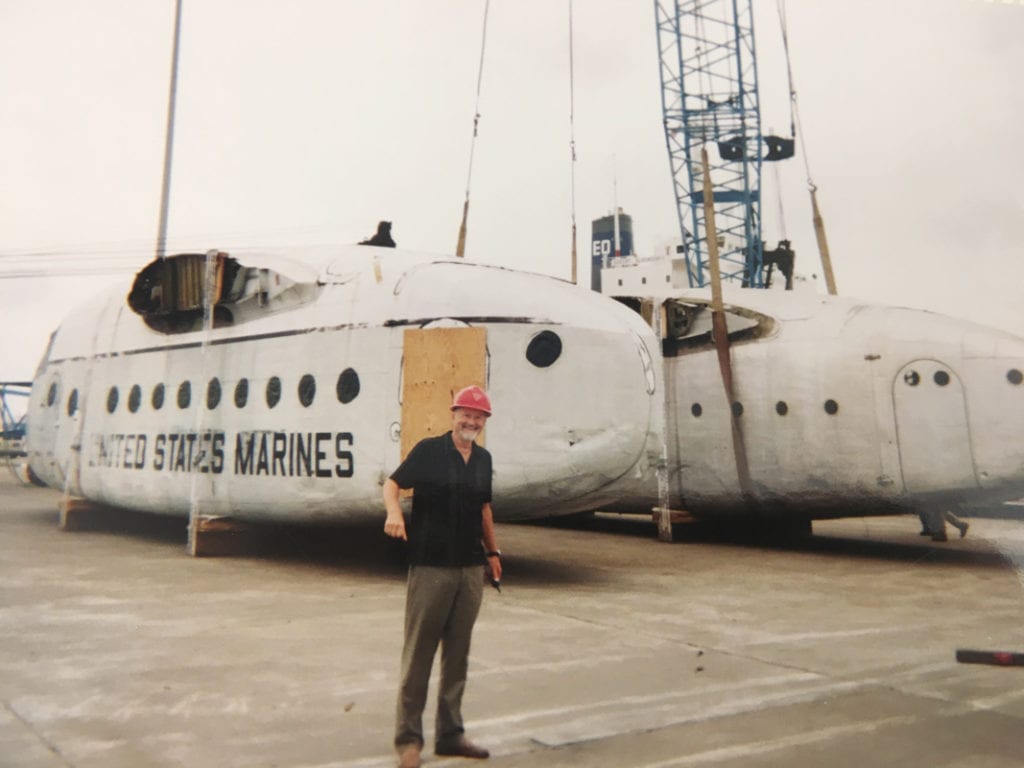 First off, Peter you are an experienced hand in freight forwarding and shipping, that much I know. Give us some insight into how your career started in this line of business and how you actually thought of choosing this kind of career?

Although born and raised in Bavaria I was always attracted to the Sea. Probably because of the many summer vacations we spent at Baltic and North Sea resorts. I was also fascinated by ships when visiting ports in the area. After college I was offered a job with a Hamburg ship broker on the condition that I would first spend time at sea. I visited many ports in Northern Europe, typically loading bulk grain in France and Belgium for Scandinavia, then coal and coke in Poland for Sweden and Finland and timber back to England.

I learned to respect the forces of nature and duty during the winter months which were rough. I was then pronounced fit for work in the office, mostly in the chartering department and also as water clerk observing ship operations in port. We used the New Boe Code and Telex, telegram and airmail for communication.

After my apprenticeship of three years I decided to go to England to continue my education of the maritime business. Since there was no monetary reward I accepted an offer by a renowned ship sale and purchase broker in Denmark and stayed on until I heard of the opening of the St. Lawrence Seaway. I applied for a visa to immigrate to the USA and found myself on North German Lloyd’s Bremen bound for New York shortly after.

People with some maritime experience were hard to find and I had my pickings of job offers by a variety of Steamship agents in Chicago. I chose the one representing Hapag and Lloyd (before the merger). It was mainly in operations, documentation and marketing.

In 1971 I heard of a new shipping venture deploying small container ships (240 TEU) between Hamburg and Chicago. I quit my job and started my business on a shoe-string. Within a matter of weeks I had a full complement of cargo waiting for the outbound sailing. Representations for several liner operations followed but most were under-funded and in-experienced.

I believe one of my highlights was the opening of an alternative route (via Russia) to Iran as well as many huge shipments of material under the Cooperative Threat Reduction program designed to deactivate and disable nuclear facilities and weapons in the former Soviet Union. In more recent times we supplied the Mongolian mining industry with most of the equipment they needed to satisfy worldwide demand for coal and minerals from the USA, India and Europe.

Tell us how the shipping agency business developed over the years.

Many larger carriers opened their own offices undermining functions of independent agencies. It is for that reason that I switched my business model from agency to “carrier” under the NVO designation. Thus most freight forwarders became my clients but I concentrated my efforts on more difficult areas such as Iran, Russia and Africa.

Is ConFlo Lines a trading name for some of your products in shipping?

ConFlo Lines is a trade name registered off-shore and all shipments are being handled under this label with Orion marine as agent.

Inland transport in the US – in my experience can be a very expensive affair unless you have the right connections, is this your experience also?

Providing inland transport by rail, road or barge is a very important ingredient since most people are familiar with moving containers but have difficulties with out of gauge cargo, especially rolling stock. It requires considerable expertise and knowledge of qualified carriers and infrastructure.

How do you find your partners overseas for the projects and cargoes that you control in or out of the US? What is your rule of thumb as to who you can trust and how do you can choose such partners? Do you belong to any particular networks in shipping or forwarding?

Glad you asked about overseas agents. I have been traveling around the world for over half a century (no kidding). I have personally hand picked my partners in areas crucial to me. I compensate them well but I am very demanding. Communication is paramount. My agents are reliable and trustworthy. I only had one occasion where I boarded the next plane to the Middle East to fire and replace an agent. At the end you must trust your intuition and just be vigilant.

I have never seen the need to join a particular “network” of logistics providers. I want to create my own contacts and business and not contribute to the wealth of the many organizers of meetings in exotic locales.

Do you need a license to act as a project freight forwarder in the US?

Freight forwarders do not need a special license to handle project cargo. Orion Marine has never been a freight forwarder but rather a “carrier”. A considerable portion of our business is forwarder directed.

What is the FMC, what does it stand for? and what kind of influence does this government organization exert on the shipping industry in the US today?

The Federal Maritime Commission is a US Government sanctioned body regulating entities engaged in foreign trade.

Many years ago I was a strong advocate for the sun-setting on what I still consider as a superfluous and wasteful bureaucratic invention.

What is your current status in the company and plan for retirement?

As you may know, Bo, I have transferred ownership of Orion Marine Corp to OL USA and they will retain the name, staff and location. I will finally retire at the end of this year.