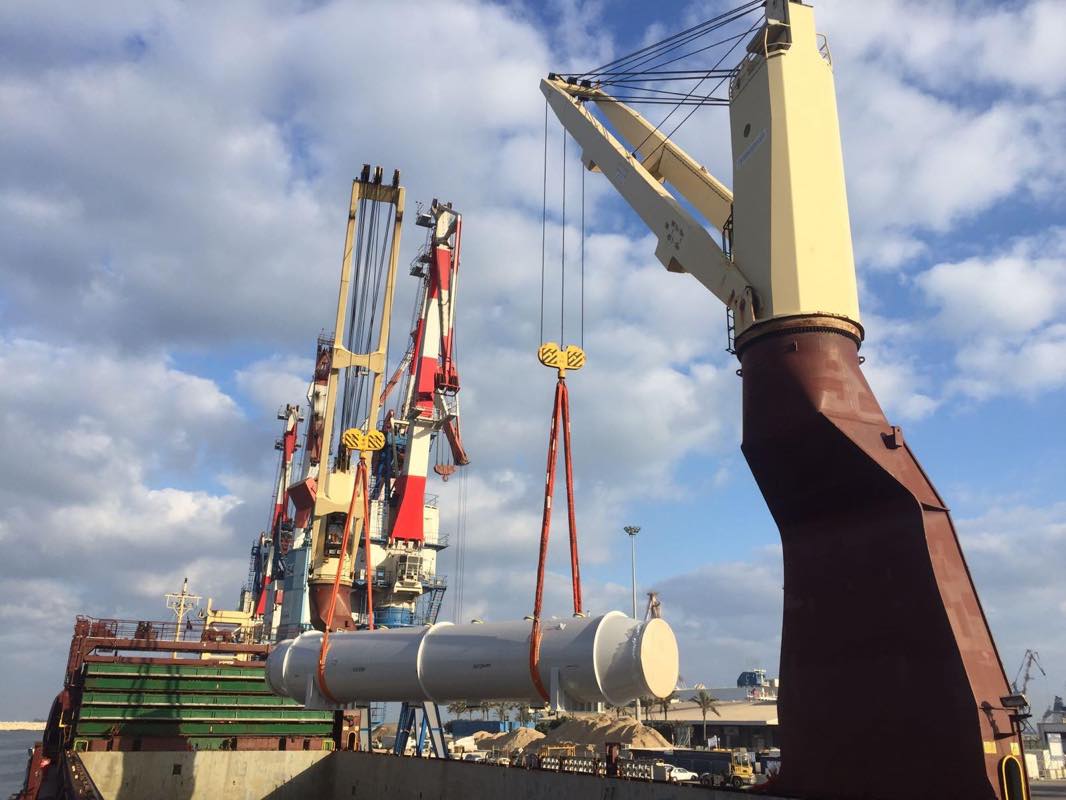 Captain, tell us about when DSS was established in Israel? Who owns the company today? Where do you have offices and what is your main shipping activity?

DSS was established 1994 in Israel, the company is owned by Zimi Cohen and Yaron Karmi on a 50/50 basis. The company has a branch at Ashdod Port and cover Eilat Port as well. Our main activities are agency, chartering and logistics services rendered on a “one-stop shop” basis, meaning we cover everything for our clients starting from EXW and up to site. Can you provide our readers with an overview of the ports in Israel? Is any particular port mainly being used for project and heavy-lift cargoes?

Very close to the main ports there are also two new private ports under construction, these new ports will mainly service Panamax and post-Panamax container vessels.

For heavy lift cargo the only thing which may dictate the entry port is the on-carriage, in Israel the system of obtaining road permits is a bit complicated and time-consuming, on top of that from a certain size police escort is required, police escort dates are granted by the police and very rarely can be changed or be flexible.

At each port, the weight of the unit being discharged will dictate the berth which the vessel will go in.

Can you organize inland transport in Israel? where does customs clearance normally take place, is it in port or can it also be done at door/final destination? Can you give us a few examples of projects or shipping jobs that you have handled?

DSS is proud to be one of the leading companies in Israel. Our motto is “hands on steel”. In DSS we do not just shove papers from side to side, we go out and physically escort all our cargo from port to site. We render one-stop-shop services, starting from accepting the cargo at the berth, clearing customers, loading the cargo onto trucks, arranging the required permits, delivering to the job-site and if required positioning the cargo onto it’s foundation.

Do you have floating cranes available in your ports and what is the lifting capacity under hook of the gantries in your container ports currently?

We do have floating cranes here but the capacity and outreach is limited.

Israel is well known for ZIM Lines which is pretty much a global carrier. Do you have a good relationship with them? Would our readers (if interested) be able to get rates based on ZIM Lines via you?

When it comes to small OOG cargoes and regular container service ZIM is our preferred carried, all of us in DSS did spend time with Zim one way or the other hence the ties are tight to Zim and yes we can get good rates and smooth service.

Do you belong to any overseas networks currently?

DSS is the only Israeli member in the Heavy Lift Group, this group’s main aim is to connect those who are involved in the heavy transport industry, however, the collaboration within its members are not materializing to joint work. We also recently joined CLC Projects Network and are looking forward to developing joint business with their members.

Can you tell us about your own career leading up to your role in DSS?

I started my carrier at sea at the age of 15, going to the boarding school of nautical college for sea officers and sailing onboard ships as a deckhand during vacations. Upon graduation I went sailing at sea then I later joined the navy (in Israel military service is mandatory for three years for men and two years for women), after the military I went back to sea until becoming a captain on-board small tankers, bulk carriers, general cargo, expedition vessels, RORO vessels, container vessels and heavy lift vessels. In 1995 I became an active part of the ISM implementation team of one company and later become a line manager in charge of the commercial and operational sides.

In 2001 I joined as an owner of DSS and started the activity of OOG cargoes. I later expanded the scope of services which DSS rendered to also include a ship management company with all the required certifications and manuals.

In 2006 we expanded to road transport and started our “one-stop shop” service. At the beginning, we did it on a small scale but since 2012 the service has been growing and growing, nowadays our team is sharp and ready to move anything from one-kilo up-to unlimited, we do not say no to any weight, size or request.

No doubt many of our readers with little or no knowledge of shipping to/from Israel would like to know more, how should they get in touch with you?

The readers may approach us via the below contact details, either to me directly if they wish or to our general email address: agency@dynamic-shipping.com