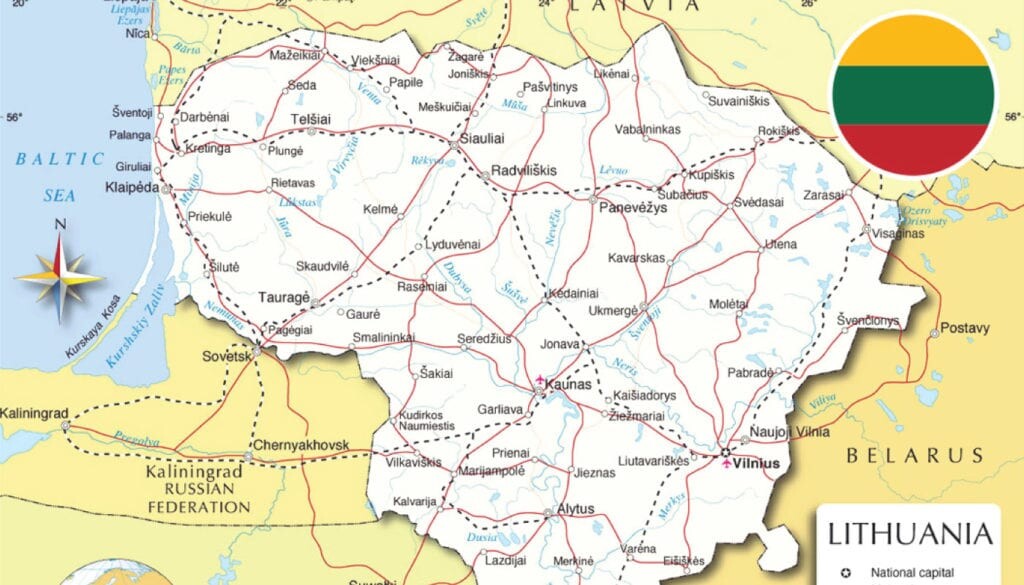 Mr. Martynas Šmitas
Member of the Board

First of all Martynas, please tell us about your country, Lithuania. We know that it is in the Baltic region of Europe, but can you provide us with some recent history of your country? When did you become independent, what is the name of your capital, and what are the main ports/railway points in your country?

Lithuania is located along the south-eastern shore of the Baltic Sea, to the east of Sweden and Denmark. It is bordered by Latvia to the north, Belarus to the east and south, Poland to the south, and Kaliningrad district (a Russian exclave) to the south-west.

On March 11th 1990, a year before the formal dissolution of the Soviet Union, Lithuania became the first Baltic state to declare itself independent, resulting in the restoration of an independent State of Lithuania after fifty years of Soviet occupation.

With our capital Vilnius and population of almost three million people, we are the biggest country among the three Baltic States. Klaipėda is the one and only commercial ice free port in Lithuania.

When was Fore Logistics established? Who are the owners?

With your geographical location, do you also provide transshipment services into other Baltic States and Russia? Is this a route actually being used today or is cargo to/from Russia going via Russian ports?

Lithuania is in the position to be a perfect transit country, thanks to the ice free port (Klaipėda), access to former Soviet Union railway systems, ferry connections with Western Europe, Scandinavian ports and a well-developed road network.

Klaipėda port is the main gateway for Belarus importers and exporters. With a population of almost ten million people, Belarus is a very important market for us as a transport and freight forwarding company. Regular shuttle trains ensure smooth and reliable connections between Klaipėda port and Minsk, the capital of Belarus.

Can you provide us with some examples of project cargoes that you are proud of having handled at Fore Logistics?

The most multi-modal was two boilers, sixty five tons each, transported from Norken, Germany to Klaipėda, Lithuania. We used combined transportation modes (barge – ferry – low bed trailer) to deliver both units to the customer’s site.

The most just-in-time was condensing economizers (8x30t, 4x41t) transported from Kaunas, Lithuania to Silkeborg, Denmark, combining truck and ferry and delivering with an hourly schedule at the place of unloading.

The most international were seventeen oversized loadings from six European countries to be delivered to the site in Panevezys, Lithuania on requested dates.

During the past five Years, Fore Logistics have delivered sixteen boilers from Denmark (Danstoker) to Lithuania and Latvia for our customer, who is building and operating bio heating stations.

Do you belong to any networks in order to be more international?

Generally, how is the relationship between Lithuania and Russia from a logistics standpoint? Is it difficult to cross the border? How about dealing with the notoriously complicated Russian customs?

The business relationships between Lithuania and Russia are normal, but of course there is plenty of space to improve them. Hundreds of trailers and containers cross the border daily to Belarus and Russia without any delays. Mainly, we are talking about the various materials/commodities being supplied to Russia, as their exports are directed through their own ports.

How is best to get in touch with you ?