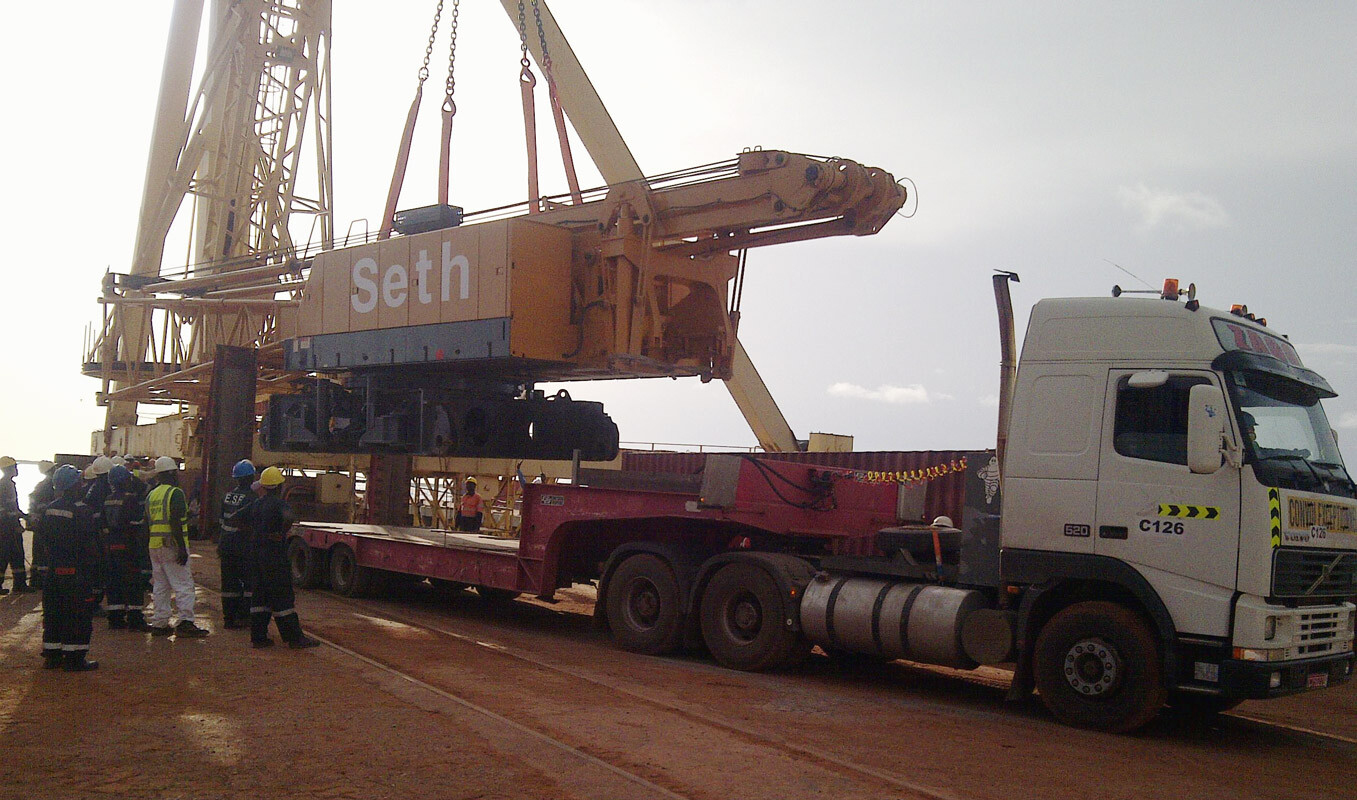 The wealth of Guinea is linked to the fact that:

It holds more than 150,000km2 of very rich and arable land, perfect for agricultural activities.

The six borders with the six neighbouring states of Africa allows for all kinds of exchanges.

The fact that everything is done, or redone, in terms of infrastructure and other investments related to sustainable development.

The main current ports are:

The Port of Conakry, with a current draft of fifteen to sixteen meters. It’s currently under improvement and its management is being modernised. It has one quay of two kilometers (six berthes) and with two bulk docks the port of Conakry is open to various activities!

The Port of Kamsar in the region of Boké (located 360km from Conakry) and in the city of Kamsar: It has two quays of about 250 meters, with drafts from seven to twelve meters it’s also useful for various activities.

The Port of Dapilon in the Boké region, Boké town with its bulk quay (consisting of a wharf of about two hundred meters owned by the state mining company).

The Bel Airport in the Boké region, Boffa town with its bulk quay (consisting mainly of jetty and owned by the state mining company).

The Mineral Port of Cobad (Russal Group) in the Boké region, Kamsar town (consisting mainly of jetty and, so far, owned by the state mining company).

As for the current political situation, it is the same as that of almost all the French-speaking African countries that have difficulties adapting to the rules of western democracy.

Can you tell us about your own experience in shipping and logistics?

I have been working in Guinea for thirty-three years! I am a mechanical engineer and in my professional career I’ve worked for Renault industrial vehicles, Bolloré (SDV) in transit and freight, SGS (at the time a Swiss company in charge of value controls and securing customs revenue in Guinea) and, since 2005, for Globetrans S.A.
The lessons I have drawn from this long period of experience are that the procedures and working methods have evolved enormously in Guinea over the years and that the technological evolution (computer and communication systems) was a reality to which Guinea has adapted. The business climate is becoming more and more attractive day by day, so there is a feeling of evolution and willingness to qualify local skills.
Above all, there’s the implementation of devices and agencies to guarantee the security of the investments, such as APIP (Agency for the Promotion of Private Investments), employers’ structures, the Commercial Court, the accompaniment of the international institutions of the UN, the European Union and the World Bank, etc. In 2018, in the latest ranking done by the World Bank, Guinea ranked among the top five African countries that initiated the most administrative reforms with the main objective of encouraging investment.

Who does Globetrans belong to?

Your country is rich in resources. Does this mean that you regularly have a lot of project related shipments to/from Guinea?

Yes, I can confirm this. Unfortunately, historically Guinea has had a very low level of domestic production! But also, because it’s in the middle of a development/expansion, there is a real craze about Guinea that attracts many investors. To date, Guinea imports almost everything (by land, sea and air) from food and equipment to industrial consumables, construction, medical materials, etc.

Is customs clearance in Guinea difficult? Can you provide some rules of thumb for clients with projects to/from Guinea?

To date, the processing times of customs files have been considerably modernized and improved!

The import procedure is listed below:

Can you give us some examples of shipments that you have handled to/from Guinea or even inland in Guinea?

Can you explain to our readers which shipowners you’d consider to have the most experience in traffic to/from Guinea?

We can recommend the following three companies:

Can Guinea be used as a transhipment point for cargo destined for Mali? How are relations between Guinea and its neighbouring countries?

Guinea and Mali are good neighbours with very good relations and common populations, and with a border of about 850 Km! To date, the port of Conakry receives thirty five percent of the total volume of goods imported by Mali. The port of Conakry is the closest to the Malian capital, Bamako, being 450km closer compared to the port of Dakar and 259km closer than the port of Abidjan!

The rate reproaches or weaknesses listed about the currently improving Conakry is abnormally low, at just thirty five percent.

The only downsides are:
The state of the roads of Conakry to Bamako: there is about 250km of road in average conditions.
The limitations in transportable tonnage (average thirty three tonnes for trucks in 4×2) from the port of Conakry, because of the need to cross mountainous roads over 300km.
Customs processing times are quite long, but with the actual establishment of the Sydonia World customs system and the dematerialization of document processing by putting all the documentation online, these customs processing times have greatly improved. The average now has dropped from ten days to four working days.

Are you a member of a global network organization nowadays?

Yes, we are a member of CLC Projects, which we believe provides value that other networks do not.

What’s the best way to get in touch with you for more information and a quote?