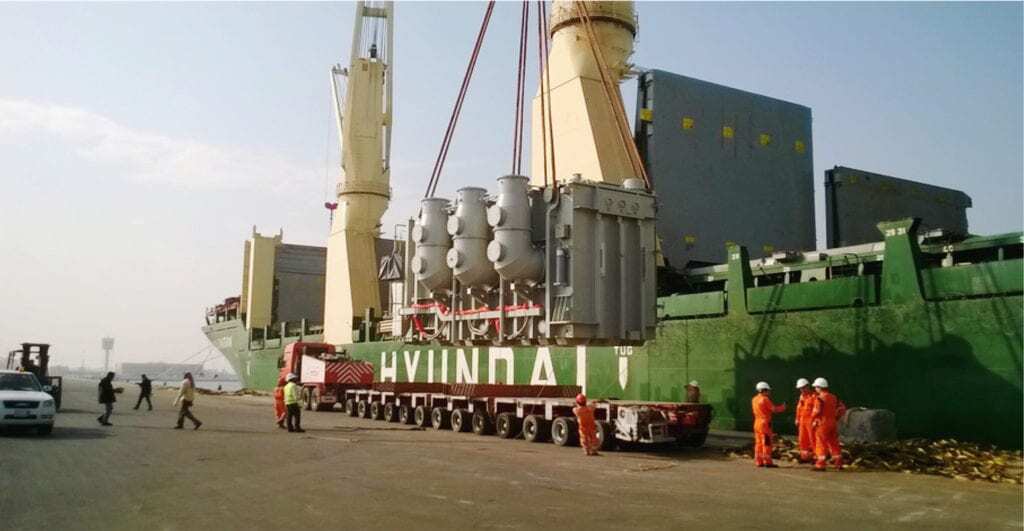 Can you tell us about the history of NATCO in the Middle East? When was the company established, where is it headquartered and who are the owners of the company today?

Ever since the establishment of NATCO Middle East, back in 2002 in Jeddah, Saudi Arabia, the company never looked back and went on to open branch offices in Riyadh and Dammam in the Kingdom of Saudi Arabia, as well as in Dubai, United Arab Emirates and in Bremen, Germany, under the name Towerpro Logistics GmbH. We have our headquarters in Dubai, United Arab Emirates and Mr. Syed Abbas Ali is the managing director/owner of the company.

Saudi Arabia has many ports, both in the Red Sea and the Persian Gulf. Could you enlighten our readers about the ports mainly used for break bulk and project cargo? The main seaports of Saudi Arabia are:

Can you handle inland transport in Saudi Arabia? If so, could you provide us with a few examples of cargoes handled?

One of our main specialties is handling inland project transportation within the Kingdom of Saudi Arabia. Not only are we specialized in heavy lift and over dimensional cargoes from various Saudi Arabian seaports to project sites all around the kingdom and vice versa, but also in providing services like placing the heavy lifts or over dimensional cargoes onto foundations.

Here are a few examples of cargoes handled by NATCO Middle East:

Currently involved in Metro Riyadh Project, consisting of more than 250 metro cars being custom cleared at King Abdul Aziz Port, Dammam, transportation from Dammam seaport up to Metro Riyadh Depot and offloading the same on the rail traces.

The shipment of transformers from Turkey to Yanbu for Saudi Electric Company. Pictures of the project below:

Details of a few other projects that we did during the last three years are:

Hunayn Project on behalf of Siemens for Saudi Electric Company – transportation of eight transformers from Jeddah seaport to Hunayn job site and placing them on to foundations.

Different projects related to Hail and Al-Jouf for Saudi electric Company – transportation of transformers from seaports to job sites and placing them on to foundations.

Obtaining customs clearance in The Kingdom of Saudi Arabia is not difficult at all. With the experience and background that most of our operations staff have gained from working in this field for more than five to twenty years, we can guide our customers in relation to documentation etc. in the smoothest way to avoid undue delays. It is only difficult for less professional companies who do not have the background and experience in the field and end up making their clients suffer delays and undue demurrages.

Do you belong to any international networks at the moment? Do you have your own offices abroad as well?

Apart from being a member of the Cross Ocean Network, NATCO Middle East is a member of WCA and FIATA.

We have our own office by the name of TowerPro Logistics GmbH, Bremen, Germany. It is a part of the NATCO Middle East group of companies.

What do you like most about working in logistics?

By working in a logistics company and, particularly, being deeply involved in projects, there are challenges every day. Finding solutions for those challenges is what I like most.

What made you choose a career in logistics?

Having started my career in the field of shipping and logistics thirty-five years ago in the Kingdom of Saudi Arabia, it has become a passion more than anything now. I just love the profession!

What’s the best way to get in touch with you?