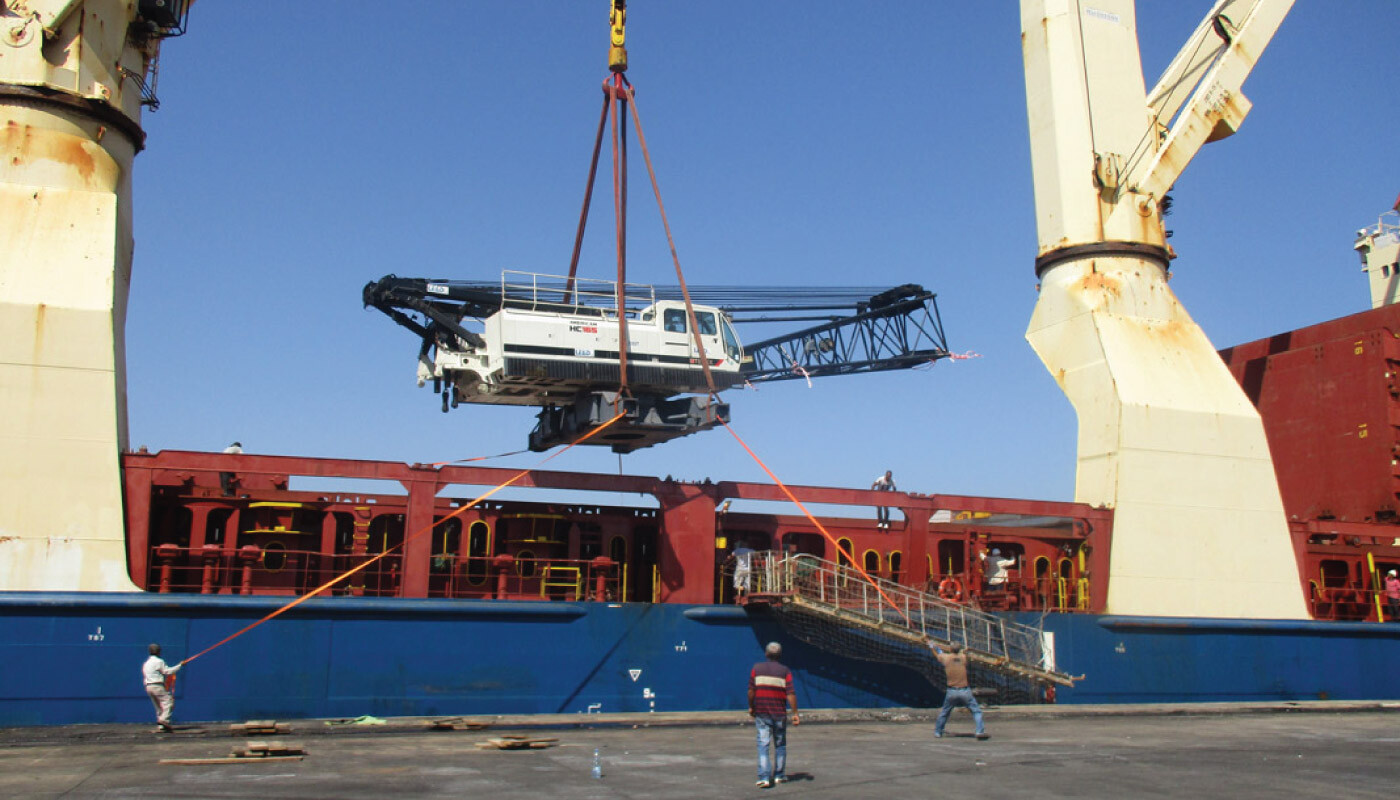 Sami, could you first tell us a little about the history of Henry Heald? When was your company first established, who owns it and from where does the name originate?

Henry Heald & Co. was founded in Beirut in 1837 by an Englishman from Leeds named Henry Heald, hence the name. The great grandfather of our current majority shareholder (chairman of the board and managing director, Ms. Harriet Joly) went into partnership with Henry Heald’s nephew and purchased the remaining shares in the company from the nephew’s heirs upon his death. Harriet Joly has dual British and Lebanese nationality, more than thirty years of experience in the shipping industry and has led the company to becoming the number one ro-ro importer into Lebanon for the past several years.

Nowadays what is your main shipping activity in Beirut? Besides Beirut, what ports are generally used in Lebanon for project cargo import and export?

The main activities into Beirut are containers and ro-ro traffic, although we do also have some bulk cargo, notably steel and SBO, as well as project cargo.

The recent appointment of a new government, after many months of political deadlock, has created a new climate of confidence and major projects (such as the offshore oil and gas exploration and the creation of three wind farms in North Lebanon) are now moving forward and are likely to generate major project shipments into Lebanon. After Beirut, Tripoli Port (North Lebanon), is Lebanon’s second largest port and has developed rapidly in recent years due to its geographical location. The third port for project cargo is Sour (Tyre) in South Lebanon.

Lebanese people have indeed settled all over the world and established successful businesses, since they have a keen entrepreneurial spirit.

Regarding the current political situation in Lebanon, the country is working to overcome the political divisions and the recent establishment of the new government is helping the economy to recover from months of stagnation. This is allowing numerous projects to go ahead, most significantly the offshore oil and gas exploration, where licences have been granted to a consortium comprising Total, Eni and Novatek for two blocks. Furthermore, the awarding of licences for a further four blocks is currently under preparation.

I understand that you have been, and currently are, acting as shipping agents. Can you tell us a bit about the shipowners that you currently represent in Lebanon?

One of our major activities is ship agency and we cover all the ports in Lebanon. Our main principals in Lebanon are NYK ro-ro, Hyundai Glovis, UECC, Brointermed, EMP/BBC Chartering and Varamar. Within our group of companies, we also have a second shipping agency dedicated to WWL, also representing ARC. We represented Nordana Line for some thirty years until they terminated the service to the East Med and were also agents of SOL and Niver Lines who used to operate regular services to the Med, now working with TransProCon. We are also Stevedores, experienced in handling all types of vessels and cargo, with a strong emphasis on ro-ro and project cargo.

Do you belong to any networks internationally at the moment? If so, why?

We represent the Scandinavian Near East Agency, Worms Services Maritimes, Sharaf Shipping and EMP Marine in Lebanon to increase our ship agency portfolio. We are agents of Yusen Logistics for container shipping and JF Hillebrand for beverage logistics, with a view to growing our freight forwarding capability. We belong to FONASBA in order to uphold professional standards in ship agency and we are very happy to join Cross-Ocean as a project cargo network, which we believe is a perfect fit with our expertise in ro-ro and project cargo handling in the MED.

Can you provide us with some pictures from the port of Beirut and perhaps of some shipments that you have handled recently to?

What’s the best way to get in touch with you?