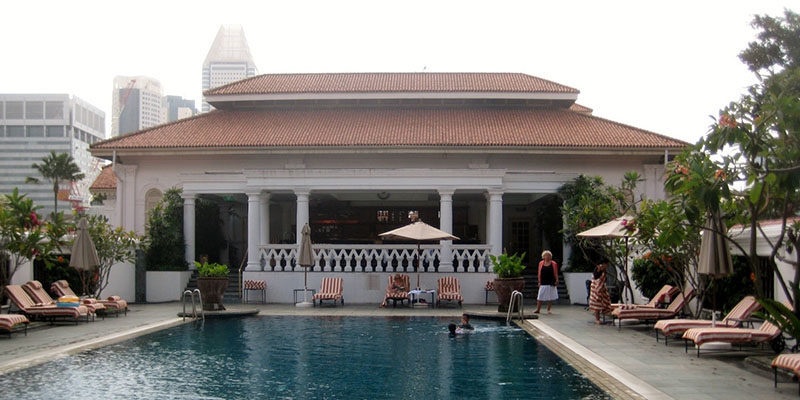 First, Steven, would you elaborate a bit on your career in the past and give our readers a bit of insight into where you have lived and worked worldwide?

I have had a long career in the Danish Foreign Service dealing with commercial and economic affairs. Also for a short while, climate affairs, with postings in several very exciting countries on several continents including Brazil, Mexico, Poland, Italy, Iran, China and Russia.

Over the years, I have had many unique experiences. In Poland, I followed at close range the rise and fall of Solidarność, the first independent trade union in the Eastern Bloc, which paved the way for the collapse of the Soviet Empire. In Russia, I witnessed the reburial in St. Petersburg in 1998 of the Czar family who had been killed by the communists in Sverdlovsk in 1918, and not too many years ago I had the pleasure of eating lunch with President Putin in the Kremlin.

In Tehran, in the late 1980s, I attended a religious ceremony in a mosque together with Ayatollah Khomeini. In China, apart from the pleasure of meeting my highly esteemed friend, the very competent editor-in-chief of Project Cargo Weekly, Mr. Bo Drewsen, I had the privilege on one occasion to eat a very sumptuous brunch on China’s Great Wall in the company of members of the Danish Royal Family. During my posting in Beijing, I also had the unique opportunity to visit North Korea several times, allowing me to see the impressive mausoleum of the late Kim Il Sung. I am also able to report that I shook hands and exchanged words with the very charismatic President of Brazil, Lula da Silva, when he paid a state visit to Denmark in 2007.

PCW Leisure focuses on people’s favourite places to have their holidays, as well as their favourite hobbies. There are many places in the world to talk for you, especially, to talk about, but is there is one standout place that you would like to recommend?

I have been privileged to be able to travel extensively around the world since I was very young, and some many places and sights have made an indelible impression on me. These include Machu Picchu, the lost city of the Incas in Perú, Tikal in the jungle of Guatemala, the impressive opera house in Manaus erected and financed by the rubber barons in the late nineteenth century, the immensely beautiful opera house in Sydney masterminded by the visionary Danish architect Jørn Utzon, the mythical and mysterious Moai statues on Easter Island, the beautiful Pitcairn Island in the Pacific ocean where the mutineers of the HMS Bounty found refuge, the former penal colony on Devil´s Island in French Guyana where captain Alfred Dreyfus was imprisoned for several years on fabricated charges of treason, getting close to brown bears in Kamchatka, the great red rock of Uluru in the center of Australia and of course Rio de Janeiro which is probably the world’s most beautiful city.

These are but a few of the places and sights that have impressed me, but if I must point to one place which I have become particularly fond of, it’s got to be the Caribbean. There are so many fantastic islands in that region, so I never get tired of the beauty and very special atmosphere that you find in that part of the world. It can be illustrated by a very special experience I had a couple of years ago.

What experience was that?

It’s was on a Friday in November. We were on a sun-drenched beach on the small island of Mayreau in the Grenadines. It was the last day of a nine-day cruise with m/s SeaDream I to a string of islands in the Little Antilles. A party was in the works. In the shallow waters at the shore, a team of the ship’s waiters were working to fix the lunch hors d’oeuvre on a surfboard. On the stroke of one p.m., the waiters let the champagne corks burst, and at the same time the horn of the ship, anchored in the bay, sounded. It immediately activated the ship’s guests who had spent the morning relaxing on the beach. They flocked to share the mouth-watering delicacies on offer.

Behind the surfboard, SeaDream’s chef Ondrej and hotel manager Pierre were starting to produce small caviar appetizers, which they handed out to the enthusiastic crowd. At the same time, the waiters made sure everyone was equipped with a glass of ice-cold champagne. The ultimate cocktail party mix in delightful exotic surroundings. From the beach, you could hear the characteristic sound of a steel band that the ship had hired to give the day an extra Caribbean touch. The weather gods had also been very generous to us. The sun was shining from a clear sky and although the temperature was high, a refreshing breeze made it not feel too hot. Everything was laid out for an event never to be forgotten.

Shortly after, the ship’s kitchen staff stood ready to serve various grilled delights on the beach. Lunch was taken at tables under shady trees. For this, white wine, red wine or beer were served according to your preference. The ship’s staff had simply taken care of everything. It was the epitome of all romantic notions of total pampering in a Caribbean island paradise setting. Afterwards, we floated in high spirits in the intense blue ocean sipping more champagne. Cherished moments of exhilarated happiness that I will always remember.

You’ve likely also stayed in hotels around the world. Is there any hotel that particularly stands out for you, and could you elaborate on why? A hotel is a hotel, isn’t it?

There are many outstanding hotels in this world, but the most impressive I have so far experienced is without doubt ‘The Grand Lady of the Far East’, i.e. Raffles Hotel in Singapore which has pampered royalty and the rich and famous since it was opened by the Sarkies brothers, two Armenians from Persia, in 1887. Raffles was completely renovated in the 1990s and it is today as beautiful as in its heyday, a century ago. There is no doubt that James Michener hit it spot on when he remarked about his time as a foreign correspondent, “To have been young and to have a room at Raffles was life at its best”. The Raffles Hotel is the epitome of the Far East’s romance, an intoxicating blend of luxury, history and colonial ambience that no other hotel can match. Also, the all-encompassing service is impeccable. Raffles is also known for its legendary Long Bar where the Singapore Sling cocktail was conceived by Ngiam Tong Boon, a renowned and very creative bartender at the Raffles Hotel at the beginning of the nineteenth century.

It is fascinating to sit and sip Singapore Slings in the Long Bar on chairs which might have been used in the past by luminaries like Hemmingway, Charlie Chaplin or Somerset Maugham. The Long Bar was also the very place where Singapore’s last surviving tiger was shot on 13th August 1902, after having fled from a circus in search of safety and comfort. You sense the presence of history in these surroundings.

Can you please tell us about your most pleasant experience travelling to a destination, whether by land, sea or air?

Perhaps the most pleasant and memorable experience was in 1997, wherein the company of a good friend of mine I travelled on the Siberian Railway line from Beijing to Moscow passing through Mongolia. We made two stops on the way. One in Ulaanbaatar, the capital city of Mongolia, where we watched first-hand the national Naadam festival which takes place over three days in the summer and consists of three Mongolian traditional sports: archery, cross-country horse-racing and wrestling. The second stop en route was in Irkutsk from where we went sailing on the beautiful Baikal Lake which is the world’s largest freshwater lake and the deepest lake in the world. Those were two very nice breaks in the almost week-long train voyage through from China to Europe which was a unique experience.

Could you tell us about your most irritating or horrifying experience travelling to a destination as well?

The most depressing experience I have had in this department was a couple of years ago when my wife and I were denied boarding on a KLM-flight from Bonaire to Amsterdam. The plane originated in Lima and we were the last of the very few passengers who had booked seats on this flight. The check-in queue was moving suspiciously slowly and when it was our turn to register, we were told that the flight was overbooked and that we would have to wait 24 hours on the island until the next flight to Amsterdam. Our protests were to no avail and the KLM station manager was very arrogant. When we realized that nothing could be done, we asked for compensation according to the EU rules governing such cases and were told to get lost. He could not care less. The only thing we were offered was a lousy and dirty room in a two-star hotel to spend the night. Needless to say, we were furious and feeling completely powerless. We have never forgiven KLM for this treatment and we have not flown with them since.

If any of our readers would like to get to know you or establish contact with you would you mind providing us with your contact details?

You are most welcome! My e-mail address is: steven@foster.dk