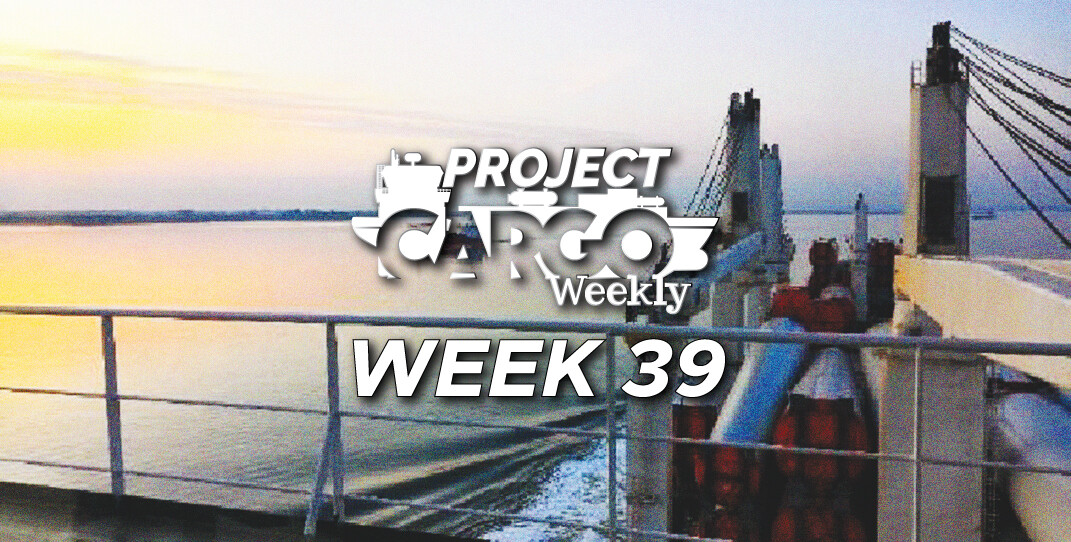 It’s Thursday 26th September and we are here again. I am travelling on-foot this week and writing you this editorial from Malta. I am here because I am meeting with my old classmates from primary school. We attended the same school from the second to the seventh grade, so we are indeed talking many kilos ago (for most of us). We have met every year since we left school and recently, we made a deal that we would meet each other every two years in Malta. Why? Because normally during September and October, the weather gets cold in Scandinavia, whilst Malta still maintains around twenty-six degrees Celsius, and a good injection of sunshine, good food and a view of the Mediterranean is just what we northerners need.

What I like about meeting my classmates from the past is that we don’t have to pretend. No matter who wears the fancy jewellery or boasts about having done this-or-that, we all know the backgrounds of the people, and thus you can be completely frank and honest. Turning now to the age of fifty-six, we all are at the edge of the receding hairline and bulging waists. Most have a divorce or two under their belt and most have seen and felt the ups and downs in life.

Yes, it amounts to some nice days together on the island and, to keep it on point regarding shipping, after they land tomorrow, we will visit the Freeport of Malta and, as organised by the local CMA CGM office there, we will see a couple of the giant container vessels up close. I shall then leave my classmates behind on the island as I need to catch a flight to Cape Town, with a stopover in Dubai. My focus there will be to attend the global FIATA conference taking place 30th Sept – 5th Oct and some six hundred representatives of freight forwarders worldwide will be present, along with scores of visitors, exhibitors and VIPs in the industry. No doubt, it’s a must-join event.

On the political front, not much seems to be happening, except a repeat of the regular headlines from the mainstream media, such as Brexit scare, climate scare, trade-war scare and basically any other scare or headline designed to grab attention. A wise man once told me that he stopped reading the news altogether because he already felt as though he lacked any influence on whatever happened within 100 feet of him, so why care about things you can’t control? Perhaps there is some truth in that.

People tell me that South Africa is a dangerous country to visit, but so are many other places nowadays. Imagine Sweden, the country where I am happily residing, and normally a country of peace and tranquillity. There we had, in 2017, more than three hundred shootings that resulted in forty-one deaths and a hundred people injured. The establishment is finally waking up to deal with the task and they have even invited experts from US police services to recommend ways forward. Safety is paramount for everyone irrespective of a political system or green agendas. If the rainforest is burning in Brazil whilst people are gunned down around you, I think you will know where to focus.

Business-wise, this week we have interesting interviews again. We start off in the US, with a company called Ridgeway. They are experts in handling special and military cargo among other kinds which require a certain form of logistics. Leaving the US, we then pay a visit to the country that has the EU’s longest border with Russia, i.e. Finland. We are talking to an inland haulage company that have their own special trucks for moving very large pieces, both to and from Russia, but also internally in Finland. Finally, after having gotten out of the saunas there, we fly to Bremen, Germany, where we hear from the manager of a network of logistics companies on how to keep them together, as well as the value of belonging to a network. We, of course, provide you with shipping news and trade intel, as well as wise words. Lastly, we’d like to remind you, as usual, to consider placing a banner ad with us, as since we only allow four in each newsletter, it will be greatly noticed. You can contact me for details.

Where does the name Ridgeway originate and what is your main line of business concerning logistics and transportation?

‘The Ridgeway’ is the name of what was once a long-distance path, high above ancient forests in southern England – where shepherds once drove their sheep – it was high and secure from dangerous highwaymen!

So the Ridgeway pathway is symbolic of both ancient and now…

Can you please tell us about the history of Silvasti and who the company’s owner is?

What is the function of the network overall?

Most of the partners/agents in the network were taken in as members thanks to personal friendships with one or more members. This means members are working with friends and working for friends. We did not want to end up becoming…

Innovations in Shipping and International Trade

Editor’s Note:
An interesting conference in Ukraine is taking place in October. Ukraine seems to be developing and seems to be coming to grips with standing strong outside the shadow of Russia, also in shipping.

On October 25, the Interlegal together with the German logistics holding HHLA invite you to visit the conference “Innovations in shipping and international trade”.

During the event, experts in shipping, grain, transport and IT-business will exchange views on the global trends in digital transformation of the business, on transparency in the banking sector and on new trends in international trade.

Editor’s Note:
Shipping people move from place to place in search of new opportunities and challenges. So, generally and in particular when being joined by one’s family, it’s important to know about the place your new job may take you. It’s interesting to see this global liveability index but indexes like these are, of course, subjective. It is always in the eye of the beholder as to whether a place is liveable or not.

European cities perform well overall, claiming eight of the top 20 spots. Global liveability has risen this year, largely due to increasing perceptions of safety. The effects of climate change, however, are putting increasing pressure on cities leading to some substantial downgrades.

Editor’s Note:
Recently SAL had its heavylift day in Hamburg and I would like you to read a very interesting comment on shipping, overall, by one of the attendees to the conference. See more here.

SAL (formerly: Schiffahrtskontor Altes Land/SAL) Heavy Lift is a major north German heavylift operator owned by shipping conglomerate Harren & Partner. They operate a fleet of specialized vessels that are able to perform a variety of lifting and transportation project roles.

Maire Tecnimont S.p.A. announces that its subsidiary Tecnimont S.p.A. has signed with Egypt Hydrocarbon Corporation, a subsidiary of Carbon Holdings, a preliminary EPC contract related to the implementation of a new Ammonia plant in Ain Sokhna, Egypt, near Suez.

The plant capacity is 1320 MTPD and uses KBR technology.
Egypt Hydrocarbon Corporation is a company engaged in the production and sale of Ammonium Nitrate, which is already produced in the same industrial facility where the new ammonia plant will be built.

In the polyester film market, MCC anticipates continued growth in the optical application for displays, conventionally its main application. In addition, demand for polyester films, particularly those for processes to manufacture electronic components, is showing remarkable growth.

Together with Frøy Rederi and Møre Maritime, Cflow has designed a new and innovative wellboat concept with several new solutions for the future aquaculture industry. The concept’s primary focus over several years has been maximum fish welfare for a future-oriented and sustainable industry.

Once completed, the wellboat will be 83.72 metres long (R.L 79.76), 30.9 metres wide, and have a storage capacity of 7,500 cubic metres, which is the world’s largest storage capacity when it comes to wellboats.

The Maiden Arrival of ONE Columba at Laem Chabang Port, Thailand

Editor’s Note:
Although this video focuses on the services of the ONE – One Network Express – company of Japan, it also provides you with nice footage from the port of Laem Chabang in Thailand.